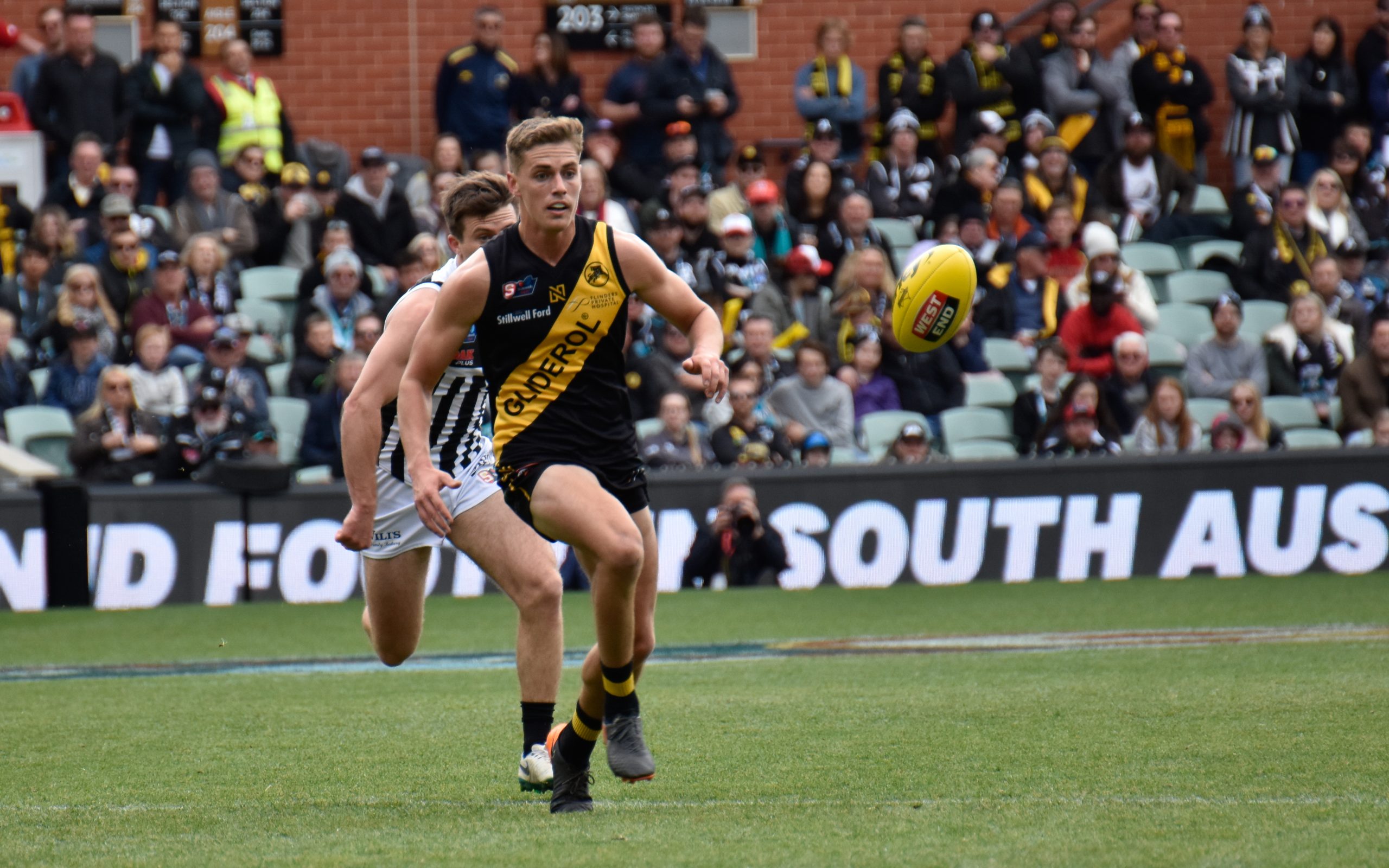 Carl returns in the Nicho time

Approaching his 100th Statewide Super League game on Saturday, the 27-year-old was battling a nagging Achilles injury which transferred into his calf muscle.

Speaking on SANFL Radio, Nicholson – who had rarely missed a game through injury since his debut in Round 4 of 2013 – said he was desperate to share in the club’s ultimate success.

After playing the first six games of 2019, he didn’t return again until the last minor round match against Sturt, having finally reached the end of his recovery period.

The Sacred Heart graduate went on to play an important role in winning the Tigers’ first League flag since 1986, highlighted by his memorable goal in the opening term of the Grand Final.

Now focusing on Glenelg’s huge Round 9 match against South Adelaide at ACH Group Stadium, Nicholson said he was proud to reach triple figures at one club as he prepared to join Paul Rouvray as the only Tigers on the No.45 locker.

Nicholson said he was chuffed to meet Rouvray – who played 113 League games for Glenelg from 1990 to 1999 – on Grand Final night at the Bay.

Currently teaching physical education at Brighton Secondary College, Nicholson would love nothing more than a win against the Panthers as the two clubs play for the Carey-Darley Cup and for the first time, the John Schneebichler Medal, awarded to the best player on ground.

Schneebichler, who passed away earlier this year aged 62, played played 234 games and kicked 351 goals for the Panthers from 1975-87 and 25 games, booting 26 goals, for the Tigers in 1988. He also served as Glenelg’s football manager upon retirement.