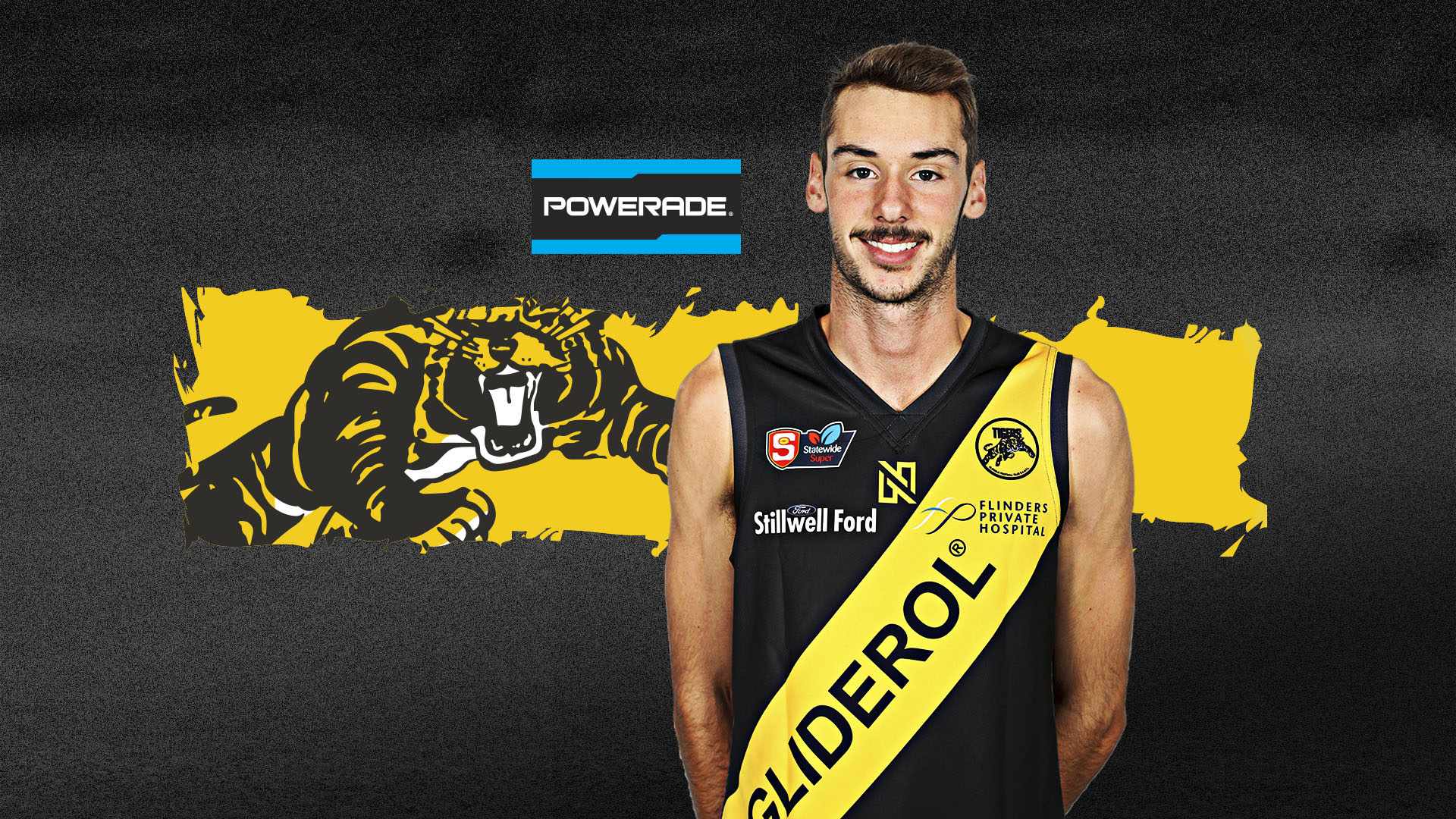 Glenelg’s Callum Park is priming himself to take the next step as he emerges as a Powerade Breakthrough Player candidate.

Overlooked in last year’s AFL Draft period, the slim midfielder will be looking to make his mark in the Statewide Super League with the Bays.

Measuring in at a deceptively tall 188cm, Park is well suited to playing on a wing where he can use his running capacity and left-foot kicking skills to strong affect.

”I’m really impressed with his running and I think he is a better athlete than what people give him credit for,” Glenelg coach Mark Stone said.

”His strength is obviously his kick. He’s got a real boldness with it much like (Glenelg premiership defender) Will Gould as he backs himself in to make it.

”He’s got a very light frame that he needs to build up but he can do that in time.

”He’s surprised me with his growth over the preseason.”

Yet to make his Statewide Super League debut, the 19-year-old will be looking to break into the Bays’ premiership line-up.

To be eligible for the Powerade Breakthrough Player award, a player must be aged 23 or under at the start of the year and have played 10 League games or less.

''His strength is obviously his kick. He's got a real boldness with it much like Will Gould as he backs himself in to make it.''