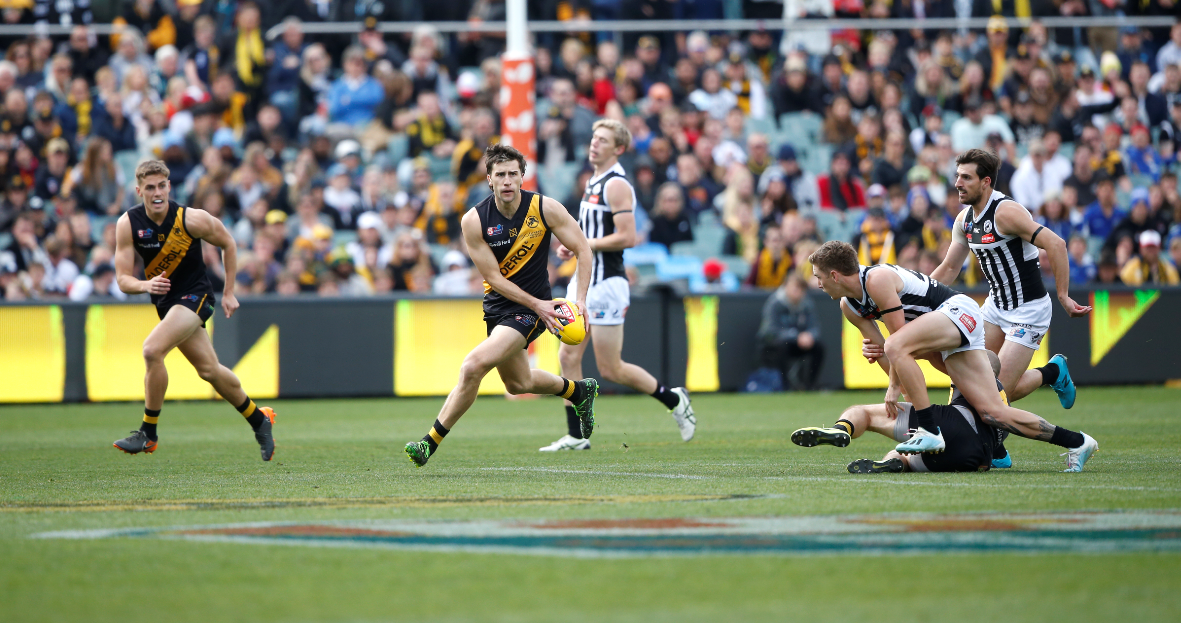 Glenelg captain Max Proud has revealed he came close to giving the game away at the end of 2017.

As the Tigers’ loyal premiership defender prepares for his 100th Statewide Super League match against the Panthers on Sunday, there was a distinct possibility he could have hung up the boots two and a half years earlier.

Speaking on SANFL Radio, the 28-year-old admitted he had almost reached his threshold, having endured a series of serious injuries which ensured he would play just 20 games in three years before reaching his career crossroad.

A broken wrist, broken finger and a series of hamstring strains were nothing in comparison to the depressed cheekbone he suffered from an accidental knee to the face from Norwood’s Lewis Johnston in Round 6 of 2017.

After having surgery, which included four plates inserted into his face for stability, Proud spent the rest of the season sporting a clear face mask for protection.

It forced the Partek Construction Project Manager to reevaluate his SANFL career but since deciding to continue in the black-and-gold, Proud has experienced richly-deserved success.

He hasn’ t missed a game since, culminating in him playing in all 21 of Glenelg’s games during last year’s historic premiership season.

Not only has he claimed a premiership medal, he’s also added the 2018 J. H Ellers best-and-fairest, a berth in the 2019 West End State team and selection in the 2019 The Advertiser SANFL Team of the Year to his resume.

Despite being far from finished, Proud rightly shares a place on the No.19 locker with fellow Glenelg 100-gamers in Magarey Medallist Fred Phillis and durable wingman Lynden Bow.