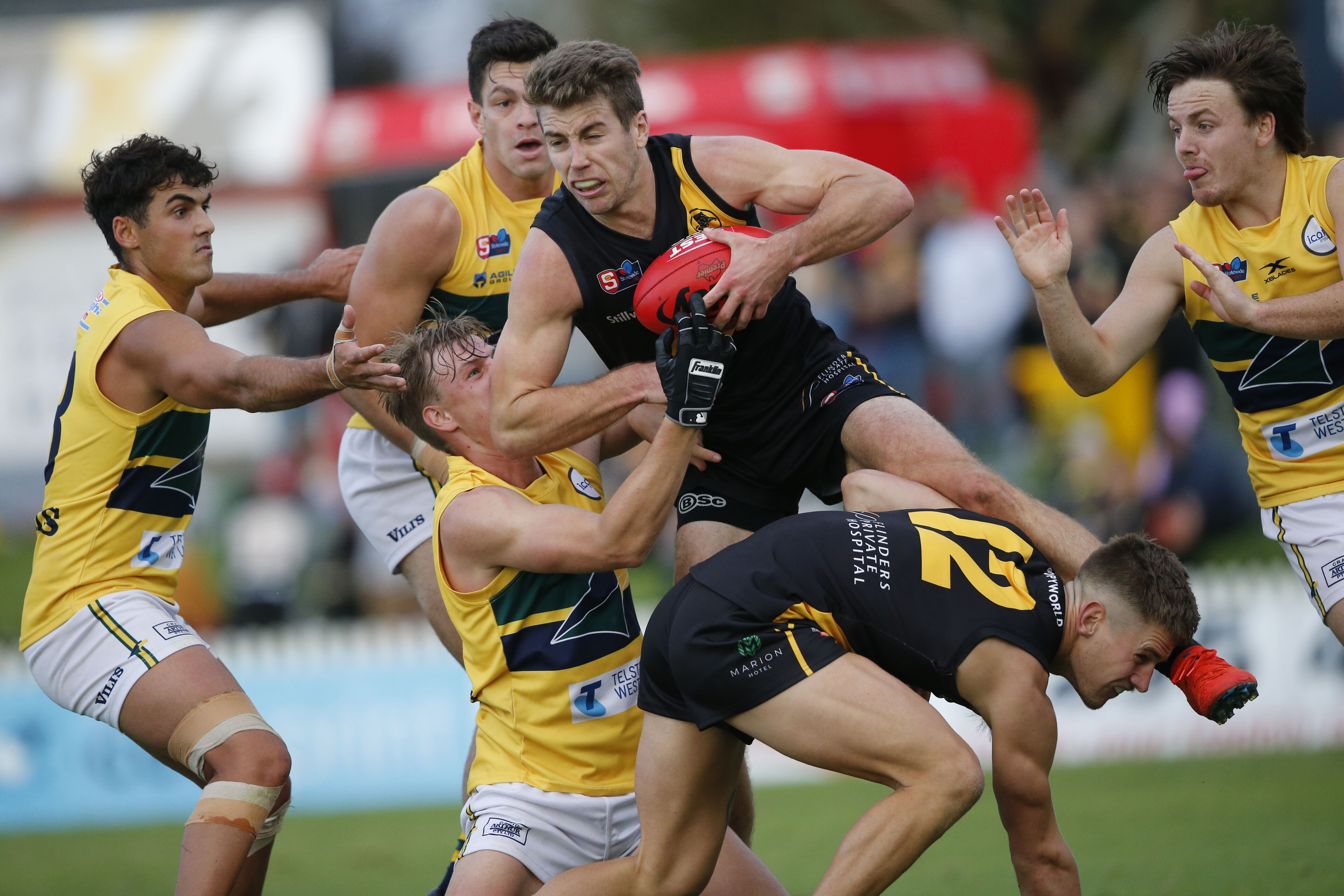 Glenelg premiership captain Chris Curran is primed to play as many as 12 Statewide Super League matches this year in a surprise boost for the Tigers.

The Advertiser SANFL Team of the Year defender had initially planned to line up with Renmark in the Riverland Football League while spending most of the year stationed there on placement as part of his medical studies.

But after the Riverland FL opted not to proceed in 2020 due to the Covid-19 restrictions, Curran – who had declared he would return to Glenelg in 2021 – began training with the Bays in the hope of continuing to play SANFL.

Speaking on SANFL Radio, Glenelg coach Mark Stone confirmed Curran’s schedule would allow him to play 12 of the 14 minor round matches this season.

Curran’s presence will assist in shoring up the reigning premier’s defensive structure, which will be without AFL draftee Will Gould and retired veteran Aaron Joseph from last year’s victorious team.

Promising pair Reid Kuller and Callum Park – who both attracted the attention of AFL scouts last year – are putting their hand up for League selection against Norwood at Adelaide Oval on Sunday.