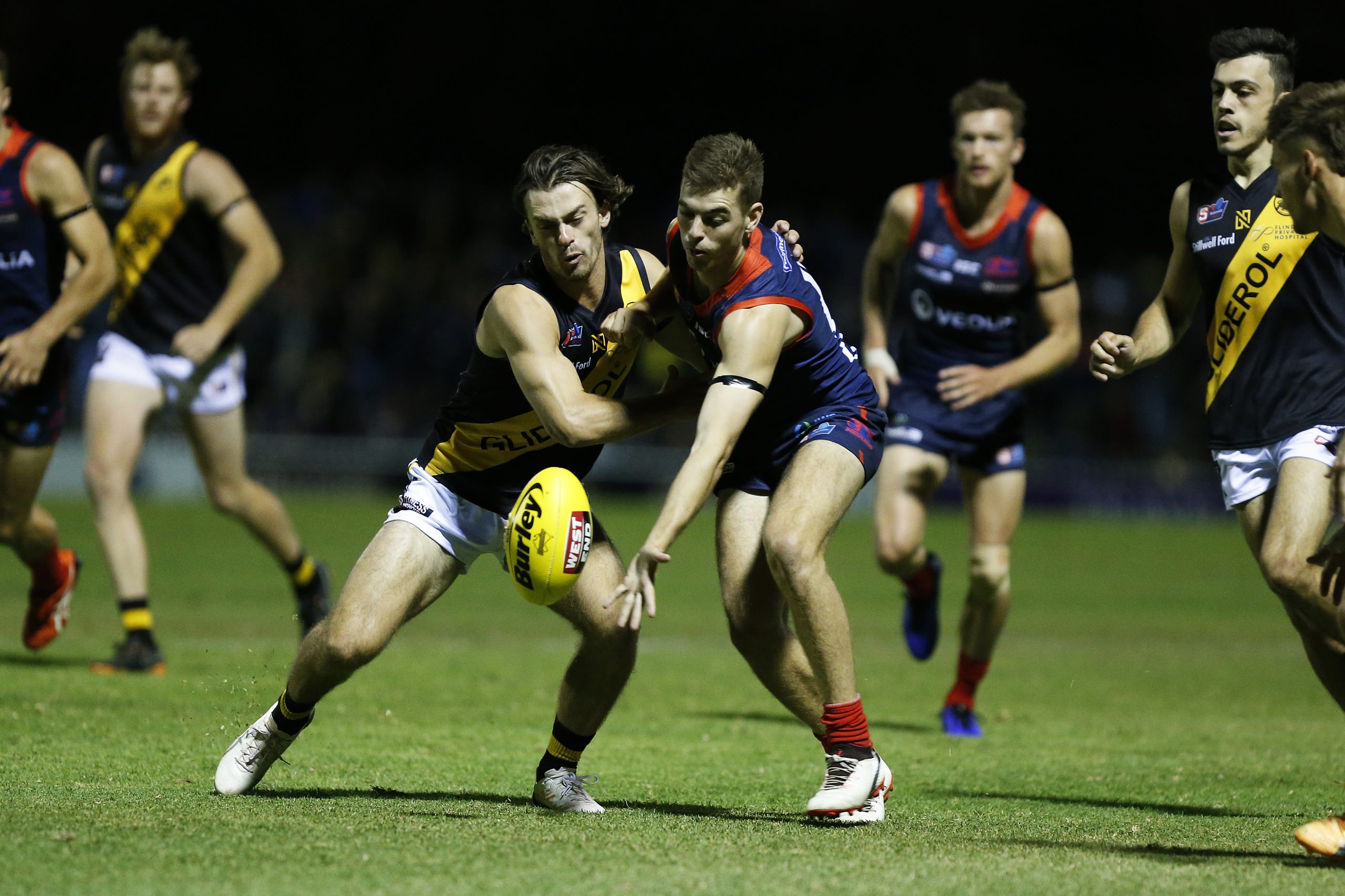 The spotlight is set to shine on the Statewide Super League with as many as seven matches to be played under lights following the release of Rounds 8 to 12.

Five games will be held on Friday nights – beginning in Round 8 at Hisense Stadium – while two matches will be conducted as Saturday evening contests.

“Night footy has been part of the fabric of the SANFL Statewide Super League for many years so we’re excited to have it back in just a few weeks,” said SANFL General Manager Football Matt Duldig.

“Night footy is a fan favourite and for these next five rounds, we’re pleased to have scheduled six games at the two traditional night venues – Coopers Stadium and Hisense Stadium – as well as a Saturday twilight game at ACH Group Stadium.”

West Adelaide’s focus will be prime time following SANFL’s latest release of minor round matches, with the Bloods to play under the Friday night lights at Hisense Stadium on three occasions.

Gavin Colville’s charges will host North Adelaide on Friday August 14 in what will be the Statewide Super League’s first night match of the season before also tackling Sturt on August 28 and South on September 11 at Milner Road.

Norwood’s reputation as night football specialists will also be strengthened by hosting two Friday games under lights at The Parade on August 28 (v Eagles) and September 11 (v Sturt).

The Redlegs will also have a blockbuster against Glenelg from 7.20pm on Saturday August 15.

Along with confronting Norwood under lights in this fixture, the Bays will host the Bloods in a twilight timeslot of 4.10pm at ACH Group Stadium on Saturday September 5.

Round 8’s cracking contest between early pacesetters South Adelaide and the Eagles on Saturday August 15 has been locked in to be telecast on Channel 7, with remaining telecast matches to be confirmed.

All non-Channel 7 Statewide Super League broadcast matches will continue to be screened live and on demand via SANFL’s Digital Pass.

1629 SEN SA will continue its coverage of a Statewide Super League game of the week for every minor round.

The Round 8-12 fixtures for the Statewide Super League Reserves also was released today, with the U18 Torrens University Cup fixtures to be released early next week.