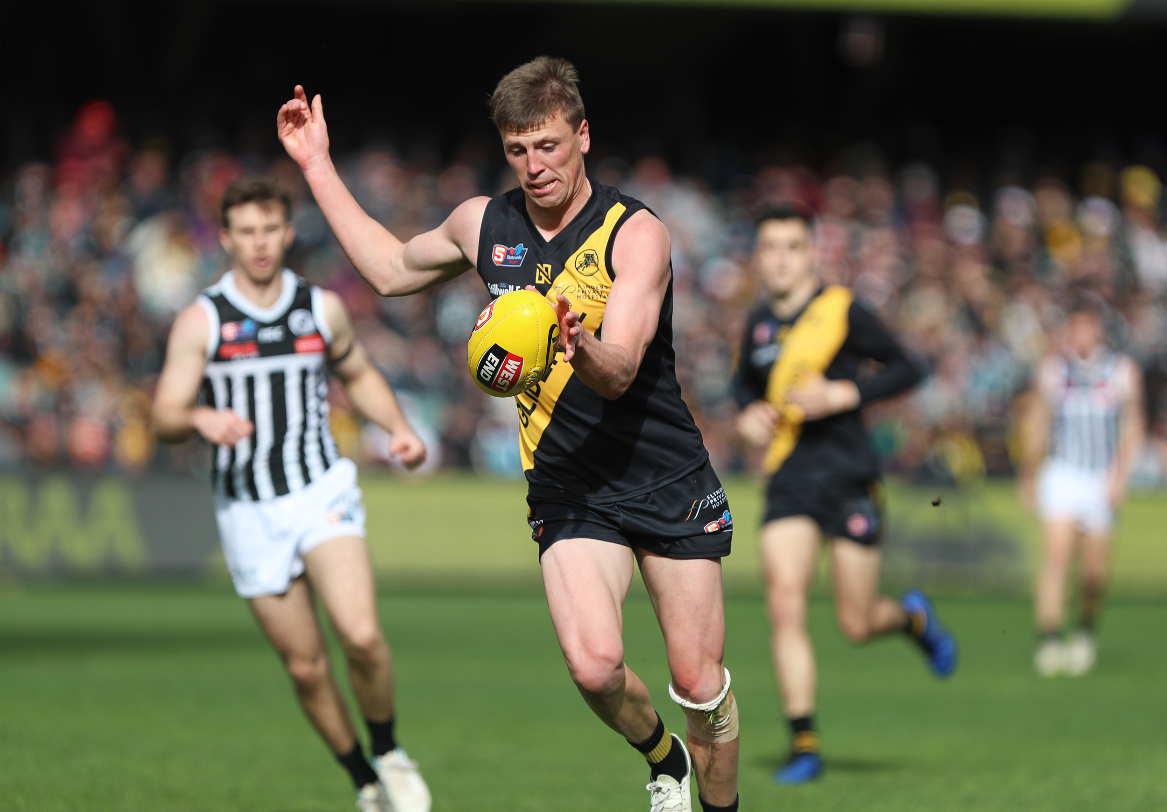 Glenelg’s Luke Reynolds is the sharpest shooter in the Statewide Super League.

A dead-eye left-foot kick on the run or from a set-shot, the Bays’ forward was an invaluable member of the club’s drought-breaking premiership side in 2019.

Edged out for the Ken Farmer Medal by teammate Liam McBean, the 25-year-old tallied 53 goals for the season after adding eight to his haul of 45 across the minor rounds.

Boasting a stunning scoring accuracy of 74 per cent, Reynolds averaged 2.5 goals across the season while also hauling in a tick under six marks per game.

It resulted in a well-deserved selection at Centre Half-Forward in The Advertiser Team of the Year, coupled with a seventh-placing in the Bays’ best-and-fairest count.

Possessing a penchant for taking spectacular marks, Reynolds has worked nicely in tandem with McBean inside 50m while also pushing further up the ground to use his superb foot skills.

Now a member of Glenelg’s leadership group, Reynolds has also been willing to drop back into defence late in quarters to help stem the tide and ensure the opposition don’t earn an untimely goal.