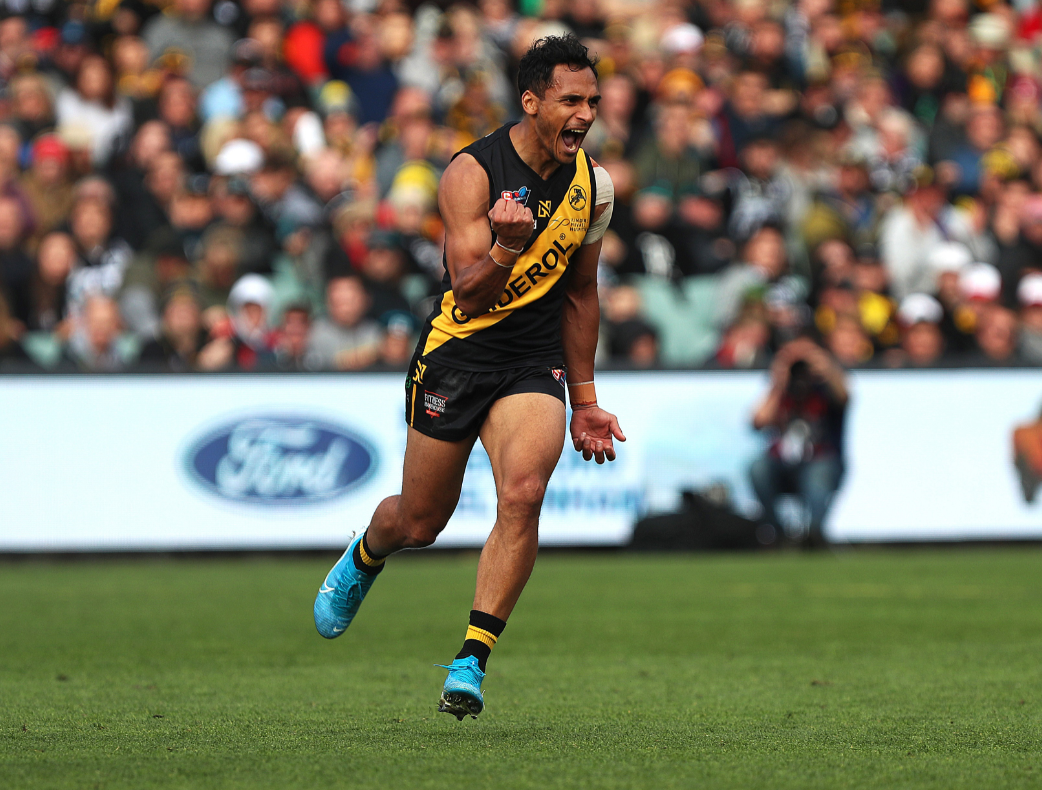 Glenelg’s Marlon Motlop was as smooth as silk last year and there was not better evidence than during the 2019 Statewide Super League finals series.

The 30-year-old had at least 20 disposals and two goals in each of the Tigers’ first two finals, setting up a match-defining major in the third term of the Preliminary decider in which he beat three Adelaide opponents to set up a crucial goal.

If that wasn’t enough, the Bays’ leadership group member slotted another three goals in the 2019 Statewide Super League Grand Final, including a classy finish which helped his side open up a five-goal lead in the third quarter against Port Adelaide.

In the clip below, Motlop deliberately took the ball close to the boundary line, danced around his opponent and kicked a checkside goal on the run much to the delight of the black-and-gold faithful.

His ability to play up on a wing, through the centre square or at half-forward makes him an extremely valuable player for Tigers coach Mark Stone.