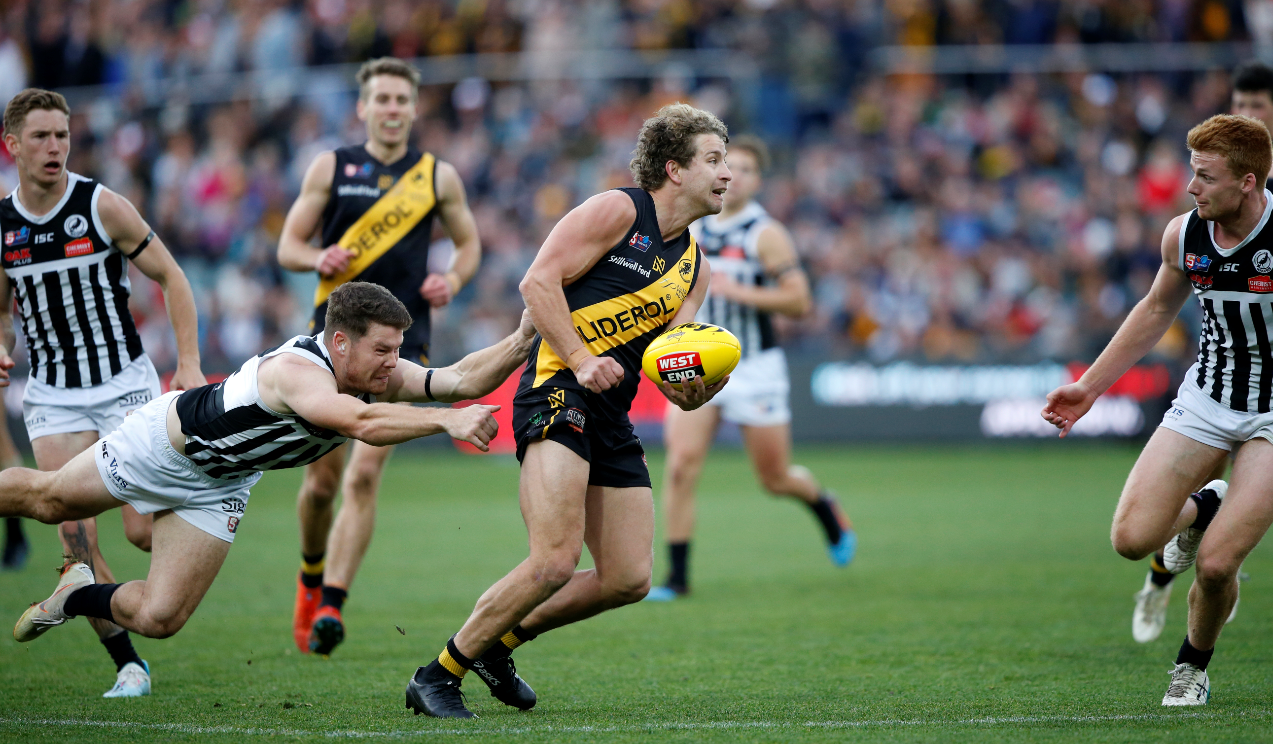 Glenelg’s feisty midfielder was in essence laying the platform to respond in the best way possible by claiming the Jack Oatey Medal in the 2019 Statewide Super League Grand Final.

The 28-year-old was superb in the centre square as the Bays broke their 33-year premiership drought against the Magpies, becoming just the third Glenelg player alongside Stephen Kernahan and Tony Hall to win the award.

He finished with 28 disposals, eight tackles and seven clearances to underline his importance to the Tigers’ midfield rotation.

Now with 112 League games to his name, Snook’s experience and determination will continue to be invaluable in the Bays’ premiership defence.