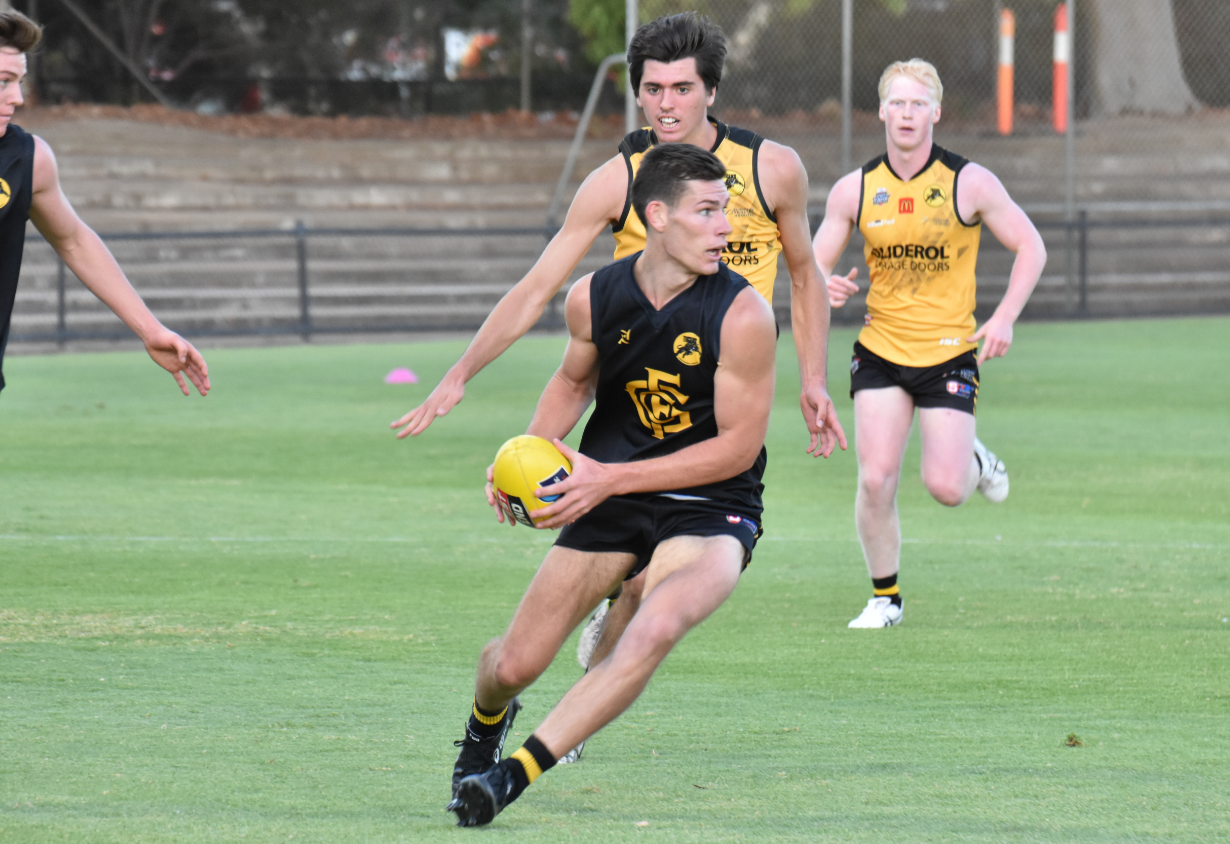 Versatility is a significant factor in the make-up of Glenelg recruit Matthew Allen.

Arriving back at Brighton Road after spending the past four years on West Coast’s AFL list, the 22-year-old is equally damaging as a big-bodied midfielder as he is playing the role of a lead-up forward.

Measuring in at a sizeable 193cm and 90kg, Allen spent the past two seasons transforming himself into an intimidating force inside the centre square playing in the WAFL.

While he didn’t manage to breakthrough for his AFL debut amid the Eagles’ highly-competitive outfit, Allen was East Perth’s best and fairest in 2018 before averaging 21 disposals, four marks and four tackles last season for West Coast’s WAFL side.

Originally drafted as a strong-marking forward, Allen has a damaging left-foot kick across the field and in front of goal when stationed inside attacking 50m.

And the boy from Mount Gambier could also be a potential candidate to assist in the vacancy left by Tigers’ premiership captain Chris Curran across half-back, should coach Mark Stone choose to use him in defence.