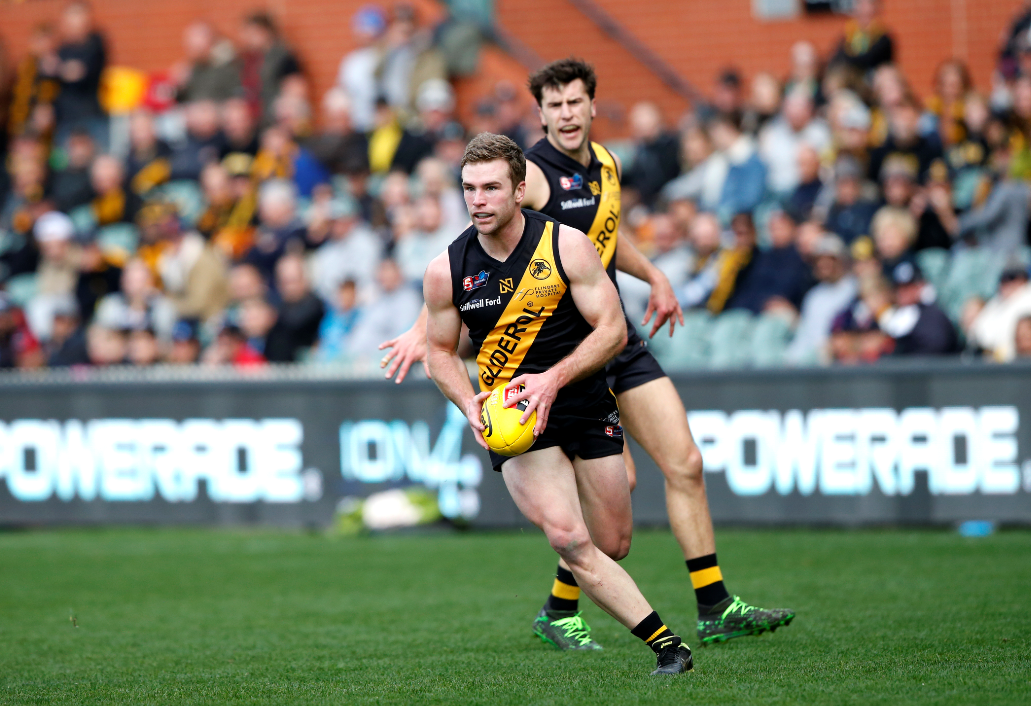 Since making his Statewide Super League debut for the Tigers in 2010, the 28-year-old has regularly put his body on the line for the Bays.

And at the start of 2019, Bradley stood down from the captaincy after five years to ensure he would get the best out himself to contribute to the team.

It proved to be a pivotal move in Glenelg’s quest to finally end its 33-year premiership drought as Bradley finished fifth in the club’s best-and-fairest count.

The boy from Kybybolite averaged 21 disposals at 82 per cent efficiency last season while playing primarily as a steadying influence in defence.

As a result, his hiatus from the Bays’ leadership group has only lasted one season after rejoining it as a wise voice among the club’s next wave of leaders.

Now with 149 Statewide Super League games to his name, Bradley will continue to wear his heart on his sleeve for the black-and-gold Bays.

Form across the 2019 season was used as a significant factor in the selection process, with those winning awards such as best-and-fairests, being selected in State squads and leadership groups also looked upon favourably.

Recruits to the Statewide Super League have also been included, with significant AFL experience another element in deciding the order of players.