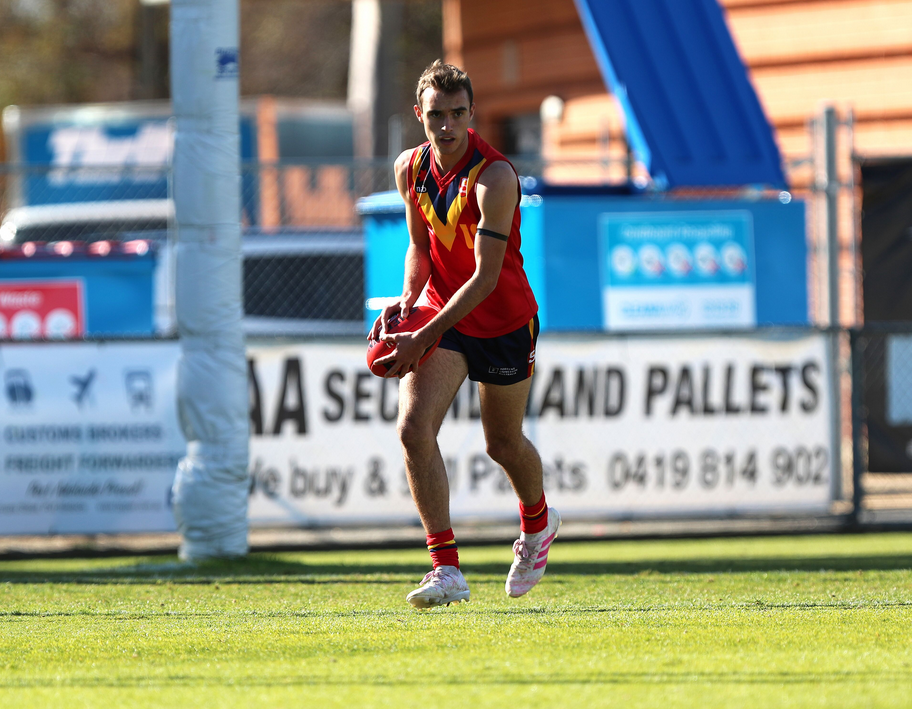 Glenelg’s Luke Edwards is leaving his options open on and off the field as he approaches the 2020 AFL Draft.

Although eligible to be selected as a father-son by Adelaide, the son of Crows premiership great Tyson Edwards has stated he’s happy to be chosen by any AFL club to kickstart his professional career.

And the 18-year-old Torrens University Draft Target is doing his chances no harm by displaying his versatility in playing a variety of roles in each sector of the ground.

Last year, the Henley Football Club product played predominantly across half-back as an ”under-ager” for the Torrens University SA U18 team at the AFL National Championships.

“As a coach you want the ball in his hands because he sets up scoring chains really well.

“He reads the play really well, is sound one-on-one down back and intercepts well behind the ball at half-back and uses it to his team’s advantage.

“He’ll spend more time in the midfield in the future.’’

That midfield time could come at Statewide Super League level for the Tigers, where the strongly-built teenager is poised to make his presence felt in senior company.

Measuring in at 187cm and 80kg, Edwards could also potentially link up with his older brother Jackson, who has returned to play at Brighton Road after spending the past 12 months in Melbourne.

Luke Edwards’ ability to play at half-forward was also highlighted by his eye-catching goal kicked against Victoria Metro last year, in the clip below.

“As a coach you want the ball in his hands because he sets up scoring chains really well.''